Thanksgiving is a time-honored tradition in America, where every year we give thanks for a bountiful harvest (food), for family, friends, health, our country.

We have all been taught that the first Thanksgiving was celebrated in 1621 when the first (still) British settlers known as Pilgrims celebrated a good harvest and invited the Indian tribe, the Wampanoag’s, to sit and join them in “Thanksgiving.”

According to Ramona Peters, the Mashpee Wampanoag Tribe’s Tribal Historic Preservation Officer, Abraham Lincoln used the theme of Pilgrims and Indians eating happily together to try to calm things down during the Civil War when people were divided. In a 2012 article in Indian Country Today Media Network, the real version was that a treaty was drawn up in 1620 between the leader of the nation at the time—Yellow Feather Oasmeequin (Massasoit) and John Carver–the first governor of the colony. The colonists were still under the jurisdiction of the king [of England], so they couldn’t make a treaty for a boatload of people so they made a treaty between two nations—England and the Wampanoag Nation.

The tribal nation was on the land for days before the Pilgrims first feast, but they were not invited to come join the meal, however, they could partake in the food that was gathered.

The truth is, the first Thanksgiving was not about gathering around a meal in the iconic way we know it from our history books, it was about creating peace and harmony between two cultures that didn’t understand each other. The first colonists attempted to recognize that the Indian nations had been on this land, in “America”, long before they had ever set foot on its shores. The Indians had settled the land, cultivated and harvest from the land, and had their own traditions and rituals. The treaty provided a means for at least one nation and a small group of colonists to get along, protect each other, teach each other, and share the land.

We know today that didn’t last long. And as more colonists came over, more Indians were pushed aside and disregarded, given only small sections of land as colonists laid claim to more and more of the country. As the Civil War broke out due to disagreements on slavery, it was one man–Abraham Lincoln that tried to quell anger, bigotry, and animosity toward cultural divide. 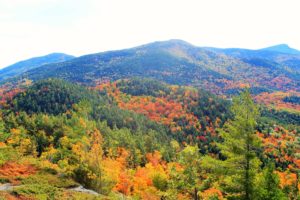 In today’s society, we talk about the unusual nature of the election, however, the election of 1860 was one of the most unusual in American history. In a four-way race brought on by a split in the Democratic Party, Abraham Lincoln’s name did not even appear on the ballot in most Southern states. Lincoln solidly carried the free states of the Northeast and Northwest, but Breckenridge won the slave-holding states, with the exception of Tennessee, Virginia and Kentucky, which went to Bell. Douglas, though he made a solid showing in the popular vote, only took electoral votes from Missouri and New Jersey. In the end, Lincoln won the election and became our 16th President. It is believed that the Civil War started because of uncompromising differences between the free and slave states over the power of the national government to prohibit slavery in the territories that had not yet become states. When Abraham Lincoln won election in 1860, he pledged to keep slavery out of the territories, causing seven slave states in the deep South to secede and form a new nation, the Confederate States of America. This led to the Civil War, and an enormous number of deaths.

History shows us time and time again, that there will always be differences between us. We are human beings, we were not created to simply all fall into line. However, if history can teach us anything, it’s that building a platform that feeds off people’s fears, anger, and hatred for another race or culture or belief, will not lead to peace and harmony. It will feed anger, hatred, and animosity. When we try to insert our beliefs, feelings, religion onto other cultures or countries, we end up in war and we always will.

If the American-Indian Wars, and the Civil War has taught us anything, it’s that we need to own up to our own fears, accept that everyone has fear–because the world can be a scary unknown place, and then create a treaty like the Wamanoag nation and first Pilgrims did, to try and work together.

We must remember that none of us truly are from America. We all settled here thanks to our ancestors looking for a better life and better opportunity. The first colonists came to America because they wanted to be free from British rule. They wanted to live on their terms. That’s what America is about. ALL of us come from other countries, be it Asia, Africa or Europe. BUT NONE of our families truly come from America, some of our families have just been here longer than others.

The one thing, no matter the culture or race, that we all have in common, is that we came to America looking to find peace, to be able to practice our own beliefs, and to grow. Since the time of 1621, we have grown into one nation, one country. And while we’ve been divided at times, we’ve always found a way to stand together in the end. America has always been known as the helping country, the country that would go to bat for another country if it needed help; a tolerable country; a forgiving country; a country of hopes and dreams.

That is the country I am proud of. So as we get ready to celebrate Thanksgiving with our own traditions, let us all remember how we truly came to be here in this place. None of us can lay claim to anything but our own behaviors. We can lay claim to how we treat others, and we do have the power to rise above the worst parts of ourselves, to conquer our fears, and try to understand differing point’s of view.

Don’t let history repeat itself. Let’s create a new treaty. Let us all come together, no matter how far apart we are, and gives Thanks.