Historically, St. Paddy’s Day in Buffalo has been celebrated with enthusiasm, energy, and just a touch of the green. No matter your background, everyone here is Irish for a day. And for the first time in years, the weekend of celebration kicks off with festivities on the actual day!

Having just been to Ireland this past summer, I can say with much love and affection, that the holiday holds deeper meaning to me now….I mean after all I am truly part Irish! St. Paddy’s Day in Ireland is not only one of the biggest holidays of the year, but people truly honor the legacy of St. Patrick–the Patron Saint who was not of Irish d 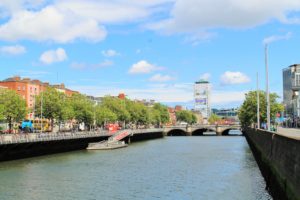 So grab some black stuff (Guinness) and enjoy a weekend filled with very Irish events!

Larkin Square will play host to “Live at Larkin.” Tomorrow, from 5-8pm Larkin Square will again welcome the public to an Irish-American celebration with live Celtic music. Dance along, drink your Guinness, all the while eating copious amounts of food from WNY’s famous food trucks.

This year, KeyBank Live at O’Larkin will feature the familiar faces of Celtic rockers McCarthyizm, traditional folk trio Emerald Isle, students from Clann Na’ Cara School of Irish Dance, and the Greater Buffalo Firefighters Pipes & Drums, all performing individual sets along with an encore ensemble jam on the square’s covered and heated boardwalk. Drinks will also be served, (with some seeing the other side of baloobass- Irish slang for very drunk),on the boardwalk and in the Square along with food from over a dozen food trucks.

What’s great is this is a free event (of course you buy your drinks and food).

Ebenezer’s Al House will host their 6th annual St. Patrick’s Day Party on Saturday March 18th. This year EB’s will host some popular local bands under it’s outdoor tent, including, Strictly Hip and Greater Buffalo Firefighters Pipes and Drums (boy these guys are everywhere!) EB’s will serve their famous mouth watering braised corned beef and cabbage, and their beer of the month–Great Lakes Conway Irish Ale. You do have to purchase tickets, however, a portion of all ticket sales goes to the Wings Flight of Hope.

Saturday March 18th, and Sunday March 19th parades will commence. Saturday’s Old Neighborhood parade starts at noon in Buffalo’s Old First Ward. The Old First Ward is where many of the original Irish Immigrants settled along the banks of the Buffalo River and the backdrop of the grain elevators. With many Gaelic street names still evident, descendants of these families still thrive there today.

On Sunday, the parade starts at 2pm on Delaware Avenue near Niagara Street. Both parades will have lots of music, food and drinks. Although I have to admit I’m partial to EB’s corned beef. It’s really good!

Other places serving corned beef and cabbage this weekend:

So, yes, while it’s safe to say it won’t be warm this weekend–or even green for that matter, you can still find green somewhere throughout the region of Buffalo this weekend.

Have fun everyone and be safe! 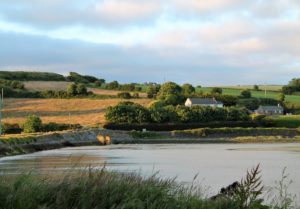